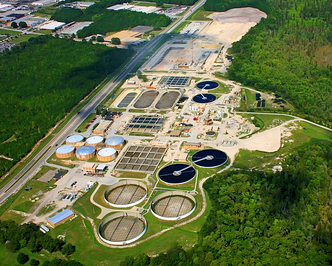 The Augusta Utilities Department (AUD) has owned and operated the J.B. Messerly wastewater treatment facility since 1976. The facility receives domestic wastewater from the surrounding community, as well as a significant load from 18 major industrial contributors. The plant was originally permitted for a capacity of 46.1-mgd (monthly average), however the influent strength of the wastewater has increased over the years due to additional industrial facilities and a reduction in the inflow and infiltration into the system.

WDBC member Parsons was selected to carry out a 46 MGD, $70 million upgrade to the plant via construction management at-risk (CMAR) services to expand, modify, and rehabilitate the facility, and was responsible for the overall construction and financial performance of the project. Improvements to the system maximized use of the existing plan and increased the level of reliability in meeting stringent effluent limits. The capital improvements also helped to ensure that National Pollution Discharge Elimination System (NPDES) permit limits could be reliably met at the discharge from the wastewater plant without unexpected cost increases or time delays, and protected surrounding natural and manmade wetlands. Additionally, the Parsons team performed preconstruction phase evaluations to develop a Guaranteed Maximum Price (GMP), which saved the client approximately $8 million.

The Construction Management At Risk (CMAR) contract was awarded through a two-part, qualification-based selection process. After submitting a Statement of Qualifications, the client shortlisted three Construction Management at Risk contractors. The shortlisted contractors developed and delivered presentations to the client. A final selection was made and a contract issued to Parsons for the CMAR contract to perform pre-construction phase services. During the pre-construction phase, Parsons developed a Guaranteed Maximum Price (GMP) for the construction of the facilities which was negotiated with and accepted by the owner.

Parsons interacted closely with representatives of the Augusta Utilities Department to determine the key objectives for this project, which included maintaining continuous operation of the wastewater plant throughout the work, remaining within permit limits throughout extensive plant process shutdowns and tie-ins, and coordinating continuously with the project team and City’s contract operator.

The project has resulted in improved quality of water discharged through the tertiary wetlands treatment and reduced odors. At the peak of the project, 250 jobs were created. Cost saving ideas generated $8 million in total project cost reduction and the project is on schedule. Also, the J.B. Messerly project site was awarded the Occupational Safety & Health Administration (OSHA) Voluntary Protection Programs (VPP) STAR status, the highest designation in the program.