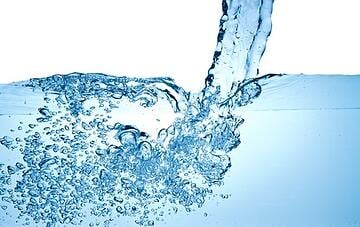 At a panel event on Wednesday, May 14, in Washington, D.C., the Value of Water Coalition announced new efforts to demonstrate the critical role water infrastructure plays in our national economy. The new effort – Water Works! – was kicked off with a panel discussion around the current condition of the nation’s water infrastructure and the growth and opportunity it drives.

“Water has for too long been left out of the national conversation around infrastructure, to the point where it has become the ‘hidden’ infrastructure,” said Ben Grumbles, President of the U.S. Water Alliance and Project Manager for the Value of Water Coalition. “Working together, we will increase public understanding not only of the systems themselves but also the benefits that come from investment and support. Water is key to nearly every component of our daily lives, including our jobs, our health and the environment that surrounds us.”

In addition to the panel event, the Value of Water Coalition Water Works! efforts included a paper compiling new and existing research that underscores not only the needed investment in our nation’s water infrastructure, but also some of the attitudes Americans have toward this infrastructure. Titled From Invisible to Invaluable: Changing the Way We Think About Water Infrastructure, the research details the implications that the health of our water infrastructure holds for homes, businesses and local and national economies.

“Most people appreciate the clean water flowing from their taps and are glad to see the toilet flush,” said Tony Parrott, Executive Director of the Metropolitan Sewer District of Greater Cincinnati. “But few people realize how fundamentally water is tied to all elements of a functioning economy. The water industry doesn’t just mean jobs at the local water treatment plant – the industry contributes jobs across the national economy.”

The investment in these systems nationally holds serious implications for the national economy: by 2020, failing to make the necessary investments would mean American businesses losing $734 billion in sales, the U.S. economy losing 700,000 jobs and each household paying $82 more per year for their water than they do today. The American Society of Civil Engineers puts the needed investment into water infrastructure at $1.3 trillion investment over the next 20 to 25 years.

“Our research shows that while 61 percent of water service customers think drinking water is very important, only 40 percent link it to reliable infrastructure,” said Ben Grumbles. “The research shows us that we have work to do explaining the role of water infrastructure, and we hope Water Works! will help us achieve just that.”

The Water Works! campaign is based around four basic messages to help communicate to the general public the value of water infrastructure: that water connects us, that it grows jobs and opportunities, that it keeps us safe and healthy and that it sustains out environment.

Visit the Value of Water Coalition and its Water Works! campaign online at http://thevalueofwater.org/ and follow the coalition on Twitter at @TheValueOfWater and join in the national conversation on water infrastructure using the hashtag #valueofwater.