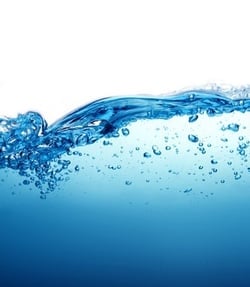 If you’re using a computer to read this, you’ve probably heard of Moore’s Law.

It’s the 1965 hypothesis by the co-founder of Intel, Gordon Moore, that computing power doubles every year or two. History has shown this projection to be largely accurate and the impact on our society has been profound.

What does Moore’s Law have to do with design-build, which is, after all, all about bricks and mortar?

It turns out that the technology revolution is creating an underlying change to just about everything we do. We’ve seen a lot of this change impact our industry in very tangible ways over the years – with some of us even remember drafting tables, the smell of blueprints, and weekends without email.

But technologies like BIM and CAD are only a small part of the story. The meaningful intersection of design-build and Moore’s Law is a fundamental shift in our collective expectations for results. The combination of the web, fast connections, smart phones, and something called “the cloud” have coalesced into an ecosystem of immediacy and real-time feedback.

Think about the difference between a letter and an email – and now email is the new snail-mail compared to a text or a tweet or an Instagram – or whatever Moore’s Law predicts will be twice as fast next year.

Another example: Remember filling out a paper order form from a catalog (Spiegel? Sears Roebuck?), an analog act that was mercifully replaced in a blink through the miracle of technology – the 800-number? Now, online sellers fear losing customers when a web page takes longer than a half-second to load.

Technology pundits have a term for all of this: reducing friction. It’s a terrific analogy to visualize the removal of transactional barriers and superfluous resistance. Elimination of extra heat. Making things run smoothly.

Reducing friction also refers to eliminating intermediate brokers or middlemen. In addition to all the speed benefits brought about via Moore’s Law, the actual transaction is simplified.

There’s no Fotomat standing between you and your pictures. You can buy your contact lenses straight from a warehouse or your next laptop from its factory while it’s still being assembled. You can get an Uber ride from here to there with barely a tap on your phone.

If you’re lucky, you live in a state where you can renew your driver’s license without going to an obscure office, taking a paper number, and waiting to be called. It’s just a matter of time before the driving itself will be automated.

So, back to design-build: Given the removal of friction from virtually every aspect of our lives, why (WHY?) can’t a utility upgrade their water or wastewater plant in a way that makes the most sense? How can a special interest of one type or another dictate what form of project delivery is “wrong” (or right)? In whose interest is it that there are artificial, bureaucratic impediments to how things get designed, built, and operated?

On the Internet and in our daily lives, we have begun to be largely freed from artificial transaction friction. And now, we’re getting used to life with few, if any, barriers.

It’s only a matter of time before Moore’s Law overtakes bricks-and-mortar law. It won’t be about doubling the speed of a concrete pour, but it will be about removing friction from the planning and implementation and doing what is best for the end result -- without preconception for “how things have always been done before.”

Many of today’s younger generation of elected officials, utility directors, and project managers have now grown up in an environment unwilling to wait a half-second to order their groceries or their next TV (or a vacation rental, or a new car, or what’s next?).

These same decision makers and influencers are simply not going to be willing to wait six months to select a consultant, another year to produce a design, another couple of months to put completed plans out to bid, sit on their hands during a bid period, and then basically have to start over explaining to the winning low bidder what was really intended in the design and then eventually, maybe, start to build the project.

And then, part way through construction, the arguments about change orders start. And finally, who is responsible for the completed project actually functioning as promised? Metaphorically, the browser window will have been closed long before traditional design-bid-build can load.

Moore’s Law will drive the friction out of bricks-and-mortar infrastructure delivery, just as it has altered our society in every other way. The evolution to “anything goes that works” in our industry has certainly been slowed by institutional resistance, but impediments are bound to fall.

It’s no longer responsible or realistic to say, “We can’t do it that way.” We must all ask, “Why not?” If you don’t, somebody else will.