How Does CMAR Differ from Design-Build? 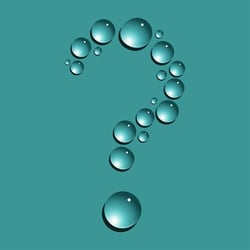 Early contractor involvement. (That’s good!) Constructability input with my engineer. (That’s even better!) A qualified contractor that knows the project before heading to the field. (That’s the best!)

In light of these and other Construction Management At-Risk (CMAR) benefits, we often get asked, “How does CMAR differ from the other design-build delivery methods?"

There’s no doubt that CMAR is a proven, viable project solution for many utilities — and in many geographies, a similar methodology is called  a "general contractor/construction manager” or "GC/CM." WDBC’s member firms successfully build CMAR projects, too — and CMAR is part of the “collaborative delivery” family. Sometimes CMAR is even called “design-build light.”

However, there are significant differences between CMAR and design-build. CMAR is fundamentally a traditional design-bid-build delivery method at its core. It leverages some of design–build’s preferred collaboration focus, but performance responsibility on the part of the engineer and the contractor remains distinctly separate. Ultimately, the Owner must still adjudicate between design and construction issues. This nuance can at first appear to be subtle, but consider these three major impacts to your project:

The bottom line is that there is plenty of room in our industry for all sorts of delivery models. CMAR is a good approach in the right circumstances, and we think design-build is an ideal solution for owners that want a commitment to performance. Yes, CMAR and design-build are indeed different. Think about it this way: CMAR is like living with a great college roommate, but design-build works like a great marriage.