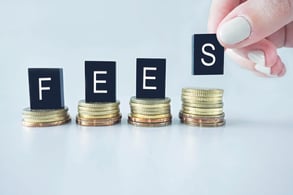 For example, on one recent project, an owner offered the design-build team an earned performance fee totaling less than 2% of the project value. This earned performance fee then tracked the progress of the project by using evaluation forms that rated everything from schedule, to safety, to owner design input. The fee was paid out in five equal installments throughout the project, with the last payment being one year after substantial completion.

On projects where owners are concerned about having additional design input, the use of an earned performance fee gives the design-builder encouragement to seek owner input over the planned process. In this scenario, while the contractor did receive the entire earned performance fee, they also needed to spend a portion of the fee to maximize the fee. These extra resources went toward additional services such as incorporating owner requested design features and staff overtime to meet schedule milestones that were required to meet the fee guidelines. In addition, the owner stated in the RFP stage that they would consider the project a success if the entire earned performance fee was paid in full.

For projects where every scheduled day of work has true costs, owners should tie the earned performance fee to accelerating the schedule. Sharing the true costs of schedule delays with the design-builder and incentivizing early completion will drive true innovation and ultimately lead to project success.

The bottom line: When considering design-build delivery for a project, owners can attain greater value by exploring the option of investing in earned performance fees to maximize innovation, collaboration, schedule, and cost savings - and get more bang for their buck.

With over 20 years of experience in the construction industry, Doug Wachsnicht has led dozens of water related projects from budgeting to closeout, totaling hundreds of millions of dollars. Doug has been a key member of Goodwin Brothers' third generation and recently guided two of the first municipal design-build water projects in the state of Missouri.