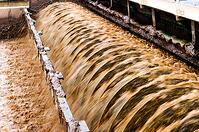 Progressive design-build procurement enables an owner to select the design-builder on the basis of qualifications. It is recognized, however, that some owners may not want, or may not have the ability (due to applicable law), to base selection solely on qualifications. The WDBC model documents, therefore, include RFQ and RFP templates for best-value (incorporating both price and non-price factors), as well as qualifications-only selection.

Qualifications-based PDB procurement offers certain advantages. It enables an owner to employ evaluation criteria that are routinely used for any qualifications-based selection, such as design engineer, legal counsel or other professional services. Using a familiar process can help ensure that the owner is able to conduct the procurement effectively to select the best-qualified design-builder. Qualifications-based selection can substantially reduce procurement time, an important factor for projects facing tight schedules. It also reduces the complexity and cost of the PDB procurement process (both for owners and design-builders) and often generates a larger pool of qualified firms – including smaller, local firms that might otherwise be reluctant to participate due to the high cost of engaging in the proposal process.

If an owner prefers (or if applicable state or local law requires) that cost be considered in selecting the design-builder, a fee and rate proposal (as described below) is used in conjunction with the qualifications-based procurement process. With PDB procurement, however, the total cost of construction is not a factor in selecting the design-builder, since this cost is established after contract award.

A fee and rate proposal generally includes a combination of fixed fees and hourly rates for specific components of the design-build services, as determined by applicable state or local procurement law and owner preferences. The owner may want to include some combination of:

It would be ill-advised to rely heavily on fees and rates as indicators of total project costs, as many variables affect such costs, and the impact of those variables can vary among different design-builders. The selected design-builder’s ability to control or minimize construction costs, through cost-effective design and innovative construction means and methods, is a far more relevant factor in the project’s ultimate cost. Variables to consider include, for example, how the design would be separated into work packages; the amount and types of self-performance to accomplish the work; the ability to identify, manage and mitigate risks; and purchasing power.

A proposer’s ability to have a positive impact on the total project costs may or may not be related to the lowest fee and rate proposal. The largest project cost element is the direct cost of construction; the surest way to minimize this is by selecting a highly qualified and experienced design-build team that understands the need to focus on designing a readily constructible project – one that minimizes construction costs and schedule, while achieving the owner’s goals. These inherent qualities of the design-builder are reflected in qualifications, but not necessarily captured in a fee and rate proposal.