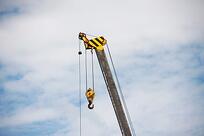 During a recent education and discussion session with a state regulatory agency the following questions pertaining to the differences in design-build and CMAR delivery were addressed. The responses on these topics are provided below. Currently, most State SRF and DWRF programs require completion and approval of design prior to construction as well as a competitive bidding process.

Response: This is a correct assumption - both CMAR and PDB, while philosophically and functionally similar, are two different delivery models (please refer to the WDBC Handbook for greater details on the differences).

Response: Not necessarily, because the circumstances in which it is used depends on the definition of construction management within the CMAR delivery model. The emphasis is procurement of the CMAR on primarily qualifications (where price component can be a factor); contracting with the CMAR firm early in the design process for constructability and value engineering, and optimizing the design to accommodate a more efficient construction process. Depending on a state’s legislative rules, a CMAR firm can both subcontract work and self-perform work. The agency or municipality can emphasize its desires based upon limiting the amount a CMAR can self-perform, or even mandate that a certain percentage of the work be self-performed. This approach allows for competitive pricing for all packages, and there are a number of ways to approach the delivery method.

The construction manager (CM) and project designer must be two separate entities – while the CM is usually a general contractor.

Response: Yes, this is a correct statement. The CMAR firm and the designer are separate. Albeit, some states (e.g., Texas) allow the same entity to be both CMAR and designer; however, both contracts must be procured under a competitive process (either best value or guaranteed maximum price).

The CM provides input to the designer during the design process and then manages the construction and delivery of the finished project?

Response: Yes… Also see above with respect to the CMAR’s ability to actually the perform work.

With CMAR there are two possible scenarios: 1. Using guaranteed maximum price (GMP), which can be defined prior to construction, and the CM/GC will act as the GC during construction; and 2. The project can go out for bid and the CM/GC can either bid on the project or subcontract the construction work.

Response: Essentially, yes! The GMP can be converted to a lump sum. And, the CMAR (or CM/GC as referred to in some states) can break the project up into work packages as described above.

In the progressive-design build (PDB) method, it is possible to start construction after the design has been completed and approved?

Response: Yes, and within a state regulatory process, we typically see the following actions occurring:

If the agency know early in the project development phase that it will go out for bid, how does that decision change the CMAR delivery method (besides there being no need for a GMP)?


Response: Assuming that the entire projects as a single project, then the project becomes a DBB. If it is meant the individual packages, that approach, if under the CMAR, is consistent with the intent of CMAR, subject to the self-perform criteria.

It appears that the general contractor is usually the CM.  Can the CM be an entity other than a GC?  If so, please give examples.

Response: Because of bonding, licensing and insurability, states require that the CMAR carry the appropriate levels consistent with GC applications. However, the CMAR can be any entity that meets these requirements, whether of not it is a “traditional GC”. Examples can be found in the WDBC Handbook. Also, we are the CMAR on our ozone project, but yet we are an integrated design-builder.

How is the method adapted when the CM is a design engineering firm?  (This is of particular interest).

Response: Agencies must comply with licensing requirements. As with the WDBC, most of member companies are capable of providing both design and construction, and are licensed to do both. Most “traditional design firms” do not carry the appropriate licensing to perform CMAR services, and most “traditional general contractors” are not licensed to provide design services.

WDBC’s Handbook discusses the RFP process for CMAR.  If the CM is a design engineering firm, can the municipality choose the firm based on a prior working relationship or should the RFP process be followed for every project?

Response: The RFP should be crafted to incorporate specific project drivers and owner desires as part of the selection criteria. So while a boilerplate and repeatable approach is desired for efficiency, the desired qualifications, weighting and selection criteria should be project specific. This would be the case for both CMAR and PDB.