Will Our Nation Learn the “Worth of water” Before the Well is Dry? 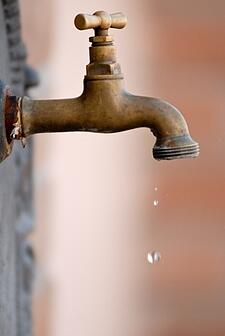 “We never know the worth of water till the well is dry. ” - Thomas Fuller

Mention the infrastructure crisis in America today and the conversation quickly turns to roads and bridges. While the significance of transportation to our country’s economy is undeniable, it may pale in comparison to the economic importance of water resources in the United States.  Perhaps the difficulty in “seeing the crisis” is a consequence of accurately quantifying water’s economic value. The US EPA accurately reports that every sector of the US economy is influenced by water. In their report titled “The Importance of Water to the U.S. Economy", they suggest that “the entire economy directly or indirectly relies on the output of industries for which water is a critical input”. Additionally, the water infrastructure and scarcity crisis is likely to intensify in coming years, and now is indeed the time to sound the alarm!

This week, a coalition of concerned organizations and utilities is calling the public’s attention to these issues through an outreach initiative called “Infrastructure Week!” The overall goal is to raise congressional attention– and that of the average citizen – to focus on the need to provide essential financing to repair these vital systems.

The American Society of Civil Engineers, who produce the annual infrastructure grading report, along with McGraw Hill Financial are hosting an all day panel discussion on Wednesday, May 14th about infrastructure financing challenges. Concurrently, the Value of Water Coalition, from the Alliance for Water Association, is sponsoring "From Invisible to Invaluable: Changing the Way We Think About Water Infrastructure," an even more critical discussion at the Newseum in our Nation’s capital. This group will consider how to raise the public awareness to the deteriorating condition of the water infrastructure that supports critical “life-sustaining” systems. The coalition is correct in their statement that “we are at a critical moment in time within the U.S., when the water infrastructure needs to be the nation's #1 priority.”

So which group is going to garner the most attention from their state representatives? More importantly, which group is going to be able to obtain a commitment towards an initiative that will begin to remedy the situation? How far does a crisis have to evolve before we deem it worthy of action? I sincerely hope we learn the “worth of water” before the well is dry.

The Water Design-Build Council, whose mission is to promote best practices for water infrastructure and to facilitate productive and collaborative relationships, urges everyone to contact their congressional leaders to make fixing the nation’s critical water infrastructure the #1 priority.