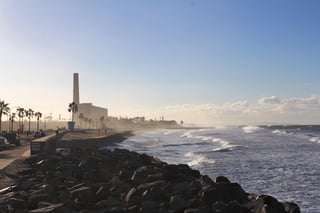 Much of California is in the grip of a historic drought, and the residents and businesses of San Diego, as well as its surrounding communities, have longed for a consistent, locally controlled, drought-proof supply of high-quality water.

Their wait is over.

On December 14, 2015, they celebrated the dedication of the Claude "Bud" Lewis Carlsbad Desalination Facility, the largest, most technologically advanced and energy-efficient desalination plant in the nation. The facility will provide 54 million gallons of high-quality drinking water each day – up to 10 percent of San Diego County’s water supply. It is also the only water source in the county that is not dependent on rainfall or snowpack.

While there are many aspects of the facility that are groundbreaking, one component of its development is especially noteworthy: Arcadis designed the $1-billion flagship desalination facility as construction was taking place. Clearly, this poses unique challenges and requires specialized expertise and exceptional teamwork, but this collaborative design-build (DB) approach reduced the amount of time it took to bring the facility dramatically. This means that Arcadis was able to help Poseidon Water deliver water to nearly a half million people when they need it most.

Clearly, because the design and construction phases of a project are nearly concurrent, DB can accelerate delivery of a project. But it can also lower costs and improve collaboration, potentially reducing the likelihood of contentious litigation. When the design engineer is working directly with the construction contractor, the team works actively to solve issues as they develop. Rather than adversarial positions, as sometimes happens when the two roles are sequenced, the design engineer and construction contractor become aligned with the owner’s interests.

Design-Build is not right for every project, however. Using DB requires both design engineers and construction contractors who are highly skilled, technologically savvy and results oriented. When the right team comes together, though, it becomes possible to deliver high-power solutions much more quickly and generally at a lower cost. 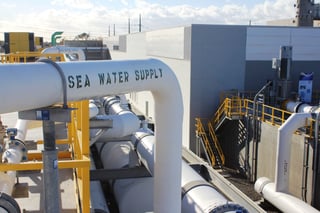 The desalination process used at the Claude "Bud" Lewis Carlsbad Desalination Plant includes water pretreatment, reverse osmosis filtration, post-treatment, and instrumentation and control systems; as a result, the treated water will meet or exceed all state and federal drinking water standards. Although a project of this magnitude and complexity would typically take about five years to complete, the plant was completed in less than two years, in a relatively small footprint and while keeping costs to a minimum.

The Claude "Bud" Lewis Carlsbad Desalination Plant – the largest in the Western Hemisphere – will not only ensure an adequate water supply for the San Diego area, but will also support an estimated 500 jobs and $45 million annually in regional spending. In addition, the project is environmentally sound. It will preserve the 300-acre Agua Hedionda Lagoon, restore 66 acres of coastal wetlands in southern San Diego Bay and plant 5,000 trees in areas damaged by local wildfires. It is also the first large-scale water supply project to neutralize its carbon footprint.

Arcadis and its partners have solved desalination challenges in the world’s most sensitive marine environments, and Claude "Bud" Lewis Carlsbad Desalination Plant is our latest success. Around the globe, our groundbreaking work is creating regional, drought-proof water supplies – and improving quality of life – for millions of people.