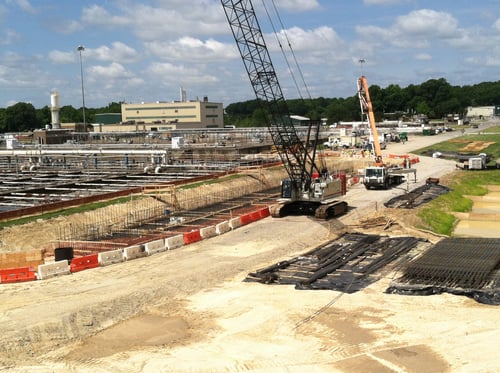 Industrial loading comprises approximately 85 percent of the total flow and 90 percent of the organic loading to the HRWTF; and is generated primarily by five local industries. Completion of this project will reduce effluent total nitrogen (TN) to meet the current nitrogen waste load allocation, and address industry requests to add capacity for increased industrial loads. This project serves over 23,000 residents in the city of Hopewell, Virginia.

Evolution of the Project

In November 2013, Hopewell Nutrient Partners (HNP), a joint venture of HDR and PC Construction submitted an unsolicited proposal to the City of Hopewell for the design and construction for Phase 2 Improvements of the HRWTF Alternative 4A-1 Light project. The proposal was submitted under the Commonwealth of Virginia’s Public-Private Education Facilities and Infrastructure Act (PPEA). HDR has a long relationship with the city of Hopewell and understands its need for implementing the Phase 2 Improvements as efficiently and expeditiously as possible.

HDR previously designed the Phase 1 Improvements using design-bid-build delivery and PC Construction completed construction of the Phase 1 work in 2012. HDR and PC Construction created a joint venture in 2013 to deliver the Phase 2 Improvements using design-build delivery, proving to be the most effective project delivery method for PPEA projects, and the pursuit, planning, and execution of this portion of work. The project, which began in 2014 is expected to be completed in 2017 with a projected design and construction costs of $70 million.

Solution to a Problem 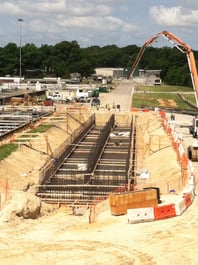 Because the future market for nitrogen credit purchases is uncertain (cost for credits is not established past 2017, and future credit availability may be limited), HRWTF must implement nitrogen reduction improvements. These improvements expand on the Alternative 4A-1 Light, Phase 1 improvements completed in May 2012, which achieved segregation of the domestic flow from the industrial flow at the HRWTF.

The PPEA process allowed the City of Hopewell to expedite the Phase 2 project by using a trusted Design-Builder and technology provider. Phase 2 improvements will reduce effluent TN to meet the current waste load allocation, and address industry requests to add capacity for increased industrial flow and load.  In addition, the Phase 2 improvements will reduce HRWTF’s effluent ammonia concentration.

Subsequently, the Phase 2 project improvements allows the City of Hopewell to continue regional efforts to improve the James River and Chesapeake Bay water quality by decreasing the total nitrogen discharged to these water bodies. By contributing to water quality improvement, City of Hopewell residents and visitors will continue to enjoy boating, fishing, hiking, and swimming within and around these water bodies.

As Virginia’s Governor Terry McAuliffe emphasized at the project’s groundbreaking ceremonies on March 2, 2015, in addition to meeting essential wastewater treatment needs for the Hopewell area, the Phase 2 Improvements provide opportunities for local jobs, including those at the project job site and through local business participation in supplying materials, equipment and services.