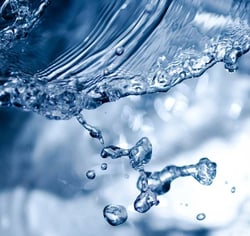 The visible power of collaboration in a design-build delivery is never more evident than in the final phase of the project -- the startup and commissioning. Raise your hand if you can share a story about a startup that went wrong in a design-bid-build (DBB) contract—I bet most of you have your hands up!

We have probably shared these common experiences, just to name a few:

So how do you avoid these issues? The most critical step starts in the planning and design phase by including the whole collaborative team in all meetings with the design-builder and contractor: the engineer responsible for the system designs, the CSI who provides and programs the equipment, the electricians who install the wiring, and the operators and maintenance team who are integrally involved and responsible for the equipment’s functions. This team becomes a powerful force that will ensure a successful project.

The startup, commissioning, and transition process is not an afterthought in the specifications. It is an essential component of the initial dialogue that defines the project’s objectives and drivers and evaluates the best collaborative delivery method to achieve success. During the initial phase of the project, this critical team also begins the process of formulating evaluation criteria for the procurement package. The project plan is developed, discussed, and initially formulated during the bidding process (both fixed-price and progressive) and refined as the project progresses.

An example of this can be seen through a recent water booster pumping station project that was secured through collaborative delivery. The station was boosting water from one pressure zone to another and utilized the existing transmission/distribution system for suction. As the station was going through the startup and commissioning phase, the pumps kept tripping after a short run time. The problem was diagnosed to the suction pressure sensors that tripped the pumps on low suction pressure.

Can you picture how this would have played out in a design-bid-build scenario? The engineer would have frantically checked their design calculations to ensure they had specified the right pumps, and then considered it the GC’s problem. The GC would have stated that they bought what they were told to buy. The owner would have looked to the CM to make it work, and the CM would have started to research who should make it work. The lines would have quickly been drawn as a result of very little engagement between the engineer and owner’s O&M team in the preparations for startup and commissioning.

In actuality, what happened was a very collaborative process that examined what was happening and why between the design-builder and owner. The sensor itself was checked, separate pressure measurements were made to verify low pressure, and flow was checked to make sure the pump was delivering what it should be pumping. After testing in the station, the data pointed to the system itself, where the owner and design-builder started checking valves. No one was entrenched in one aspect, and the collective parties worked together. Within a day, the situation was corrected (partially closed valve in the suction side of the distribution system).

When you take this one example and extrapolate it to a larger project, it is easy see how the collaborative process of early engagement of key players involved in the startup and commissioning of a facility can be beneficial. The advantages that occur are the result of a powerful team comprised of all the parties involved in the facility who collaborate on how the facility will be started up and commissioned.

Learn more insights into this approach at one of the WDBC’s education programs.

Bob Dudley, PE, is a senior vice president in OBG’s water brand. He has more than 32 years of professional engineering experience in the water industry, including studies, planning, and design of potable water treatment, distribution, and storage facilities; residual handling and disposal; and wastewater collection and pumping facilities. He has led major, complex and diverse projects for clients throughout the Mid-Atlantic region.